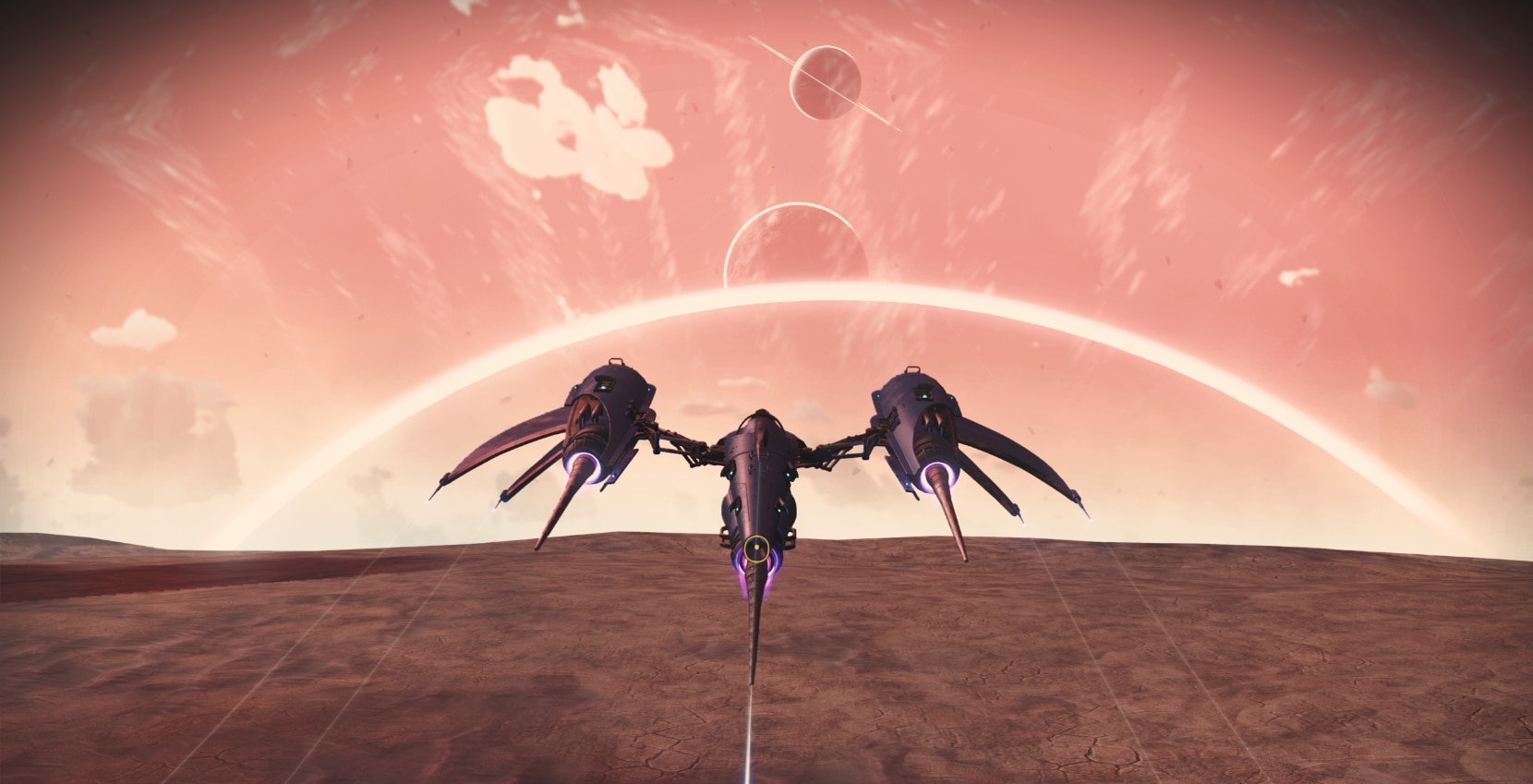 Hello Games has a habit of releasing major updates when I am on an extended vacation with my family — and that was the case with Outlaws. As such, I was a bit late to the party in giving it a go (if only the upcoming Switch release were here already!). Having now spent a number of hours exploring the update, I am much impressed, and most so with the new Solar Ships. I can’t get over the look and feel of them, dramatically transforming as they take off, leave and reenter atmosphere, and land. Their solar sails, procedurally-generated variation, and “feel” — both on screen and VR is amazing to me.

I have been so impressed with these new ships that I put together a short video to share with readers, showing my first-acquired Solar Ship doing its thing, as well as a bit of the craziness involving both these new ships and ships of olde in a pirate attack on a planetary Trading Post.

While I am still feeling out the various new pirate mechanics and am only early-on in Expedition Six, the No Man’s Sky Outlaws update has added a whole new dimension to gameplay that I can already feel and much appreciate.

How are you liking it?