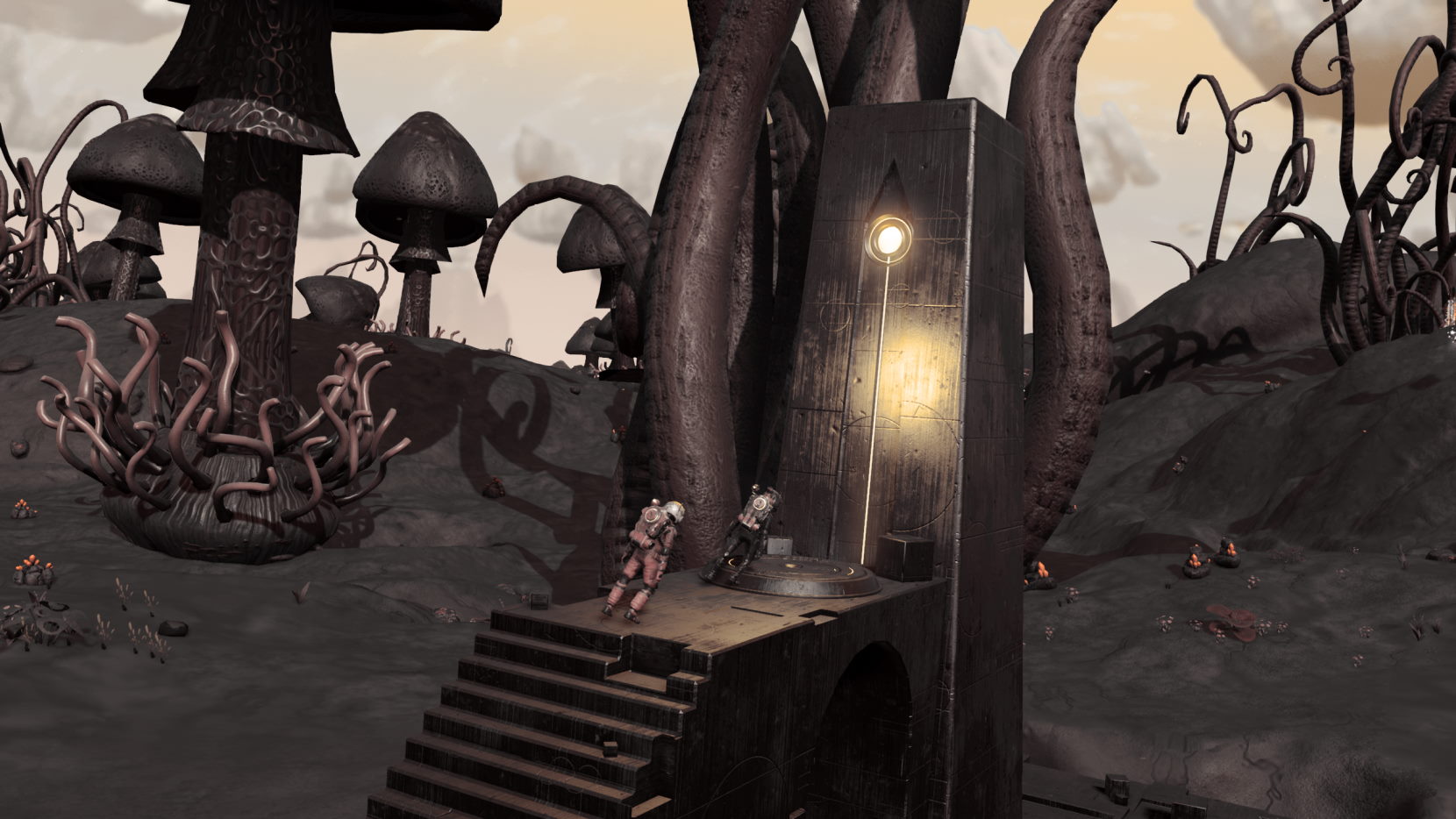 I don’t post about every weekend community event, but this past weekend’s was so out of hand that I thought I would share a video.

Player bases peppered the planet’s surface, and after making my way to the Anomalous Disturbance to find out what was needed to quell the disturbance (Albumen Perls), I explored several. Among them was a large canon-shaped base that I investigated, failing to realize that it was actually capable of firing players far above the surface and into space. I learned this after-the-fact from a video by Jason Plays who demonstrated The Cosmic Cannon, as created earlier on a different planet by player Commander Keen, who apparently constructed it on the community event planet as well to give folks something rather unique to play with (portal coordinates to the original location can be found in the video).

After visiting several other bases and gathering Albumen Eggs, I headed back towards the site of the Anomalous Disturbance, noticing a massive freighter half-embedded in the ground. It was not there moments earlier. As I approached the landing pad of a large base next to the Disturbance, I noticed the landing rings were set at an angle. This observation betokened what was to come when I stepped out of my ship and onto the pad. I was — tilted. Leaning. I could walk, but as if in a stupor of some sort, with controls skewed along with my orientation with respect to the ground. I then noticed my jetpack had been disabled. And that’s when I realized just what was going on.

Someone managed to glitch a derelict freighter (which arrived with the Desolation update) into the event planet and in close enough proximity to the event site that “gravity” was obeying the floor angle of the freighter and jetpacks were disabled, as they are in a derelict freighter, because the game thought I was inside the freighter. It was quite difficult negotiating the base where I landed in order to get to a clearing where I could summon my ship, which was the only way I could think to get out of that bind. And, indeed, once I lifted off, things were back to normal.

I love the creative player bases and various other clever player creations on community event worlds, but this one seemed to actually have put players at risk of having to restore from their older save, which could be costly to players that hadn’t made a manual save in a while (or who don’t backup their saves frequently). And, as can be seen in the embedded video, I wasn’t the only one affected. It wasn’t such a fun experience.

At any rate, I quelled the anomaly and it was revealed that Ariadne is no murderer — an unknown imposter has taken on his/her appearance and stands in their place…

It has been a few months since I covered one of the weekend Quicksilver community events — the last one I covered was the odd “event that wasn’t” — but a few of the sights I encountered this past weekend prompted me to share another video.

The mission took place on a “Cabled” Exotic world (the sort that always send my mind in an equestrian direction, somehow) where a gathering of cable pods were needed to quell the disturbance at hand. Locating 16 cable pods on the surface of such a planet takes some times, to be sure, but that gave me the opportunity to observe some of the player-made bases that cropped up on the world. These are, for me, the highpoint of these events, and I wanted to share some of what I encountered.

The most notable base presented a massive, floating rendering of the ancient Sator Square. Have a look and hats off, player Aceacin, for the striking build. 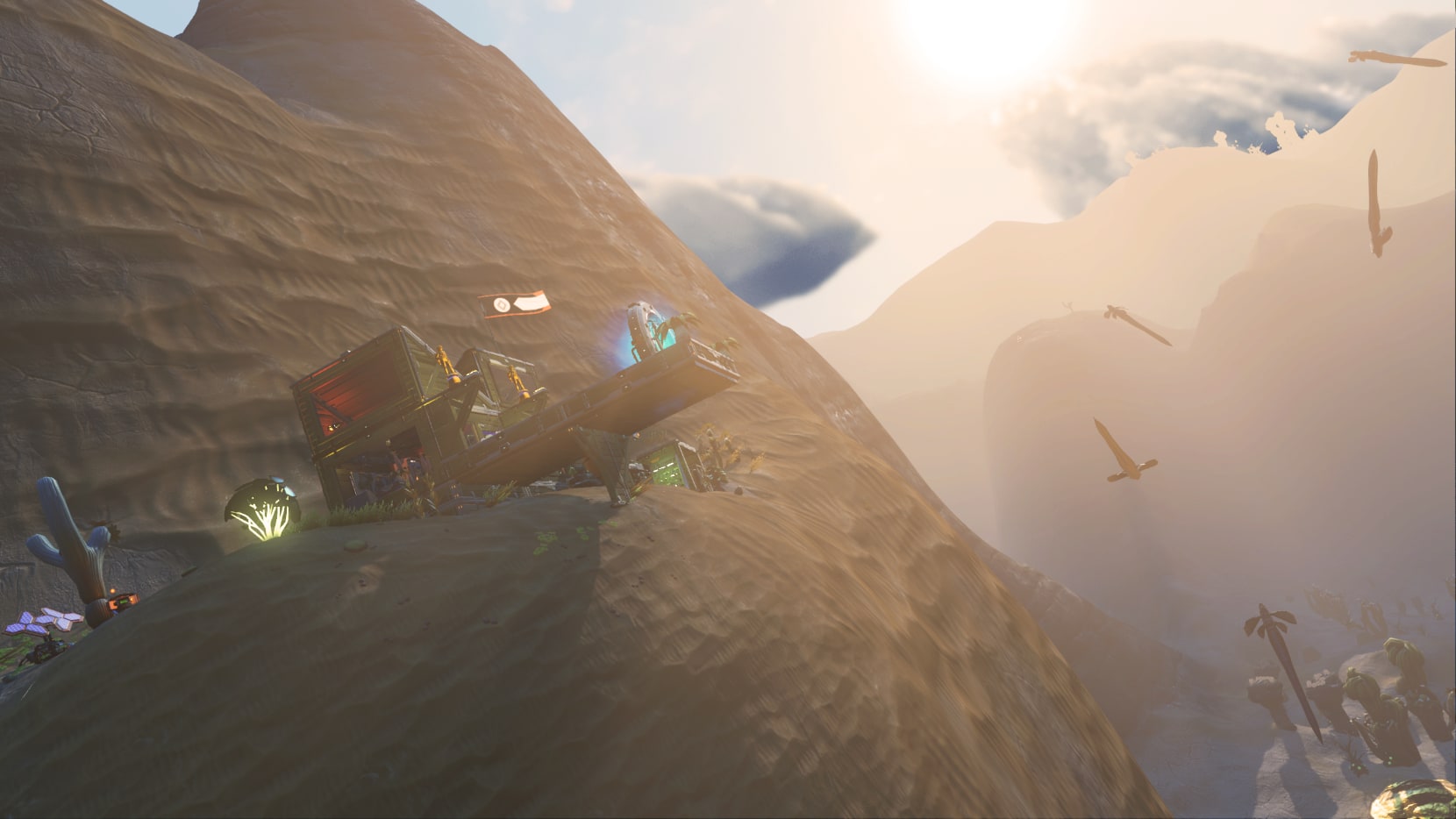 Exploring a recent desert world, I was flying high, skimming the mountain peaks and deep canyons that formed the planet’s horizon when I spotted a small outcropping of rock halfway up the wall of a deep canyon. It struck me that it would be the perfect spot for my next “tiny home” base. It provided and excellent vantage point to observe the world’s profusion of flying serpents, and the frequent firestorms that besiege the landscape promised to make a small, cliffside dwelling all the more cozy.

The wood-slatted base is comprised of three rooms, somewhat partitioned by beams and rafters. Entering the dwelling, one finds themself in the computing and communications area. Proceeding further into the base, a living area with a couch, meal table, and large-screen display can be found. Beyond this lies a sleeping area with storage lockers and closets and a doorway leading out onto a platform that leans out over the cliff edge and features a small sitting area as well as a Base Teleport Module. The entire dwelling is generously arrayed with flora of various sorts, in the interest of augmenting the oxygen levels of the world’s thin atmosphere.

In the interest of space savings, the Nutrient Processor and various additional storage tanks and containers are located out of doors, but in close proximity to the base. A small patch of Curious Corn has been planted along the cliff to provide additional foodstocks.

The short walk-through video that follows conveys the overall feel of the habitation.

END_OF_DOCUMENT_TOKEN_TO_BE_REPLACED 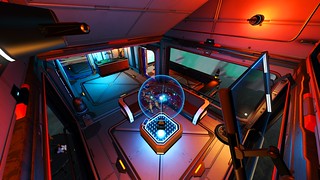 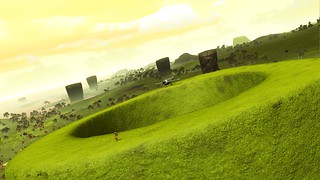 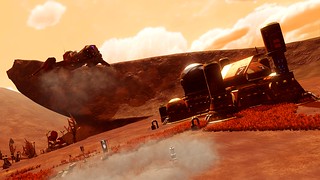 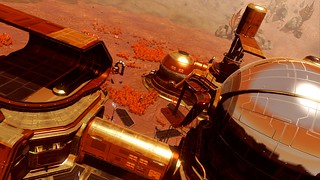 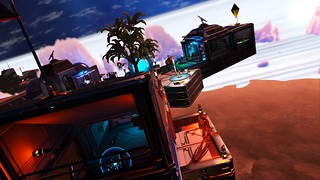 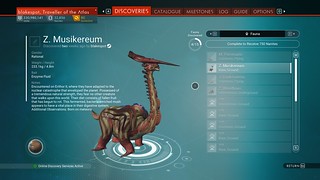 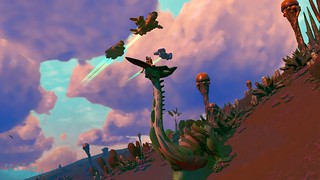 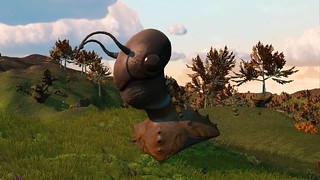