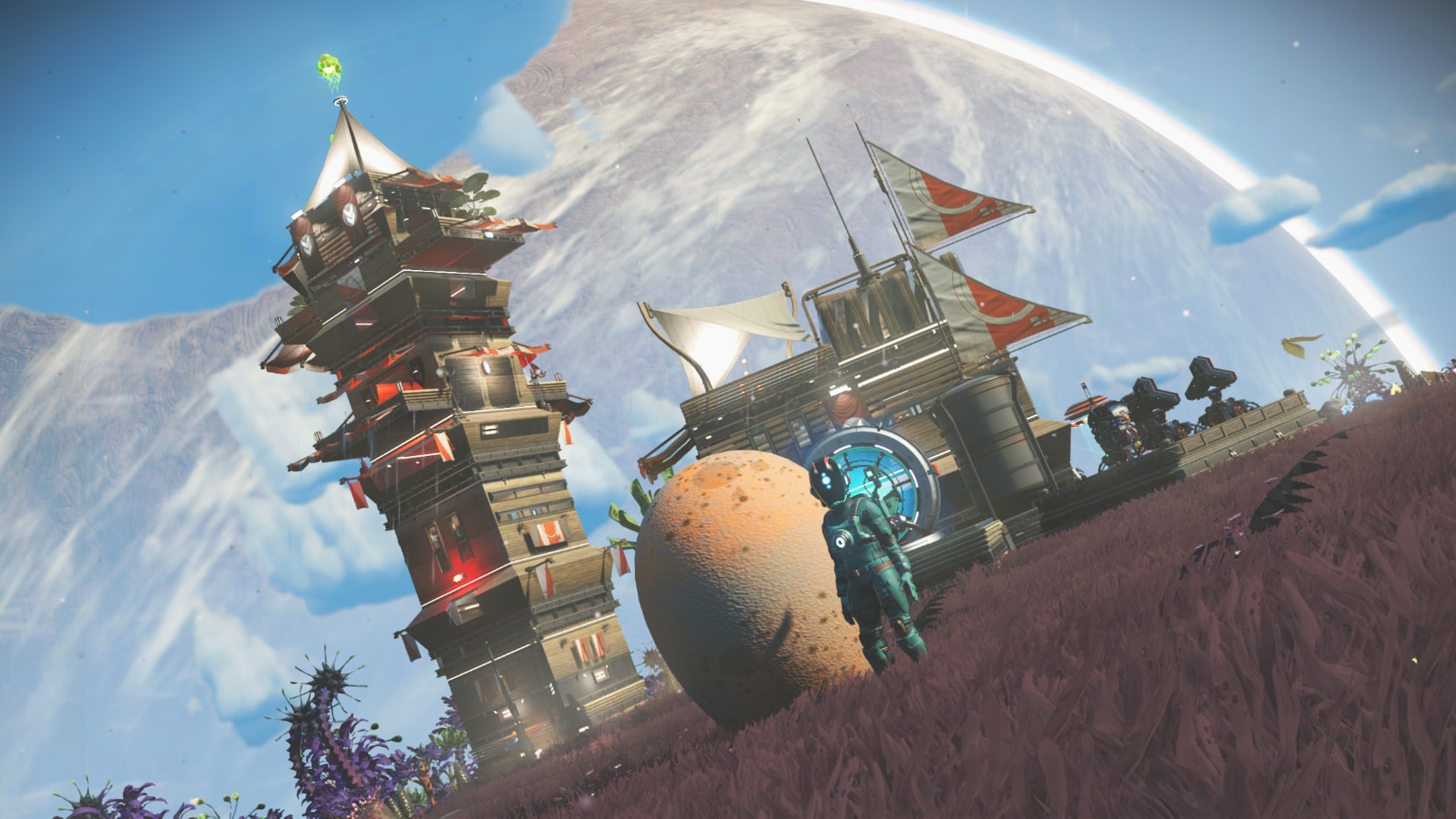 The final rendezvous point was at the moon Teadlint Tau’s portal, in the Oijies system in the Euclid galaxy. After arriving and completing that Expedition milestone, I scouted around for a nearby place to start building. Having finished the Expedition in a little over a week, I found the planet not yet overrun with others bases and, as such, finding a good location was fairly easy. From the air, I noticed a few slightly raised ovals of purple grass, something like islands amid a sea of grass, and I chose one of them upon which to build my wooden tower base.

I wanted to make the base somewhat elaborate, with heavy use of the new cloth sail and awning parts which I really like. I think it turned out rather nicely. Incidentally, I began building this base a little while before the October 1st weekend Quicksilver base building mission landed (amid Expedition Three). Always keen to build where my efforts are likely to be seen and visited by other players in the game, I put this base on hold and spent an intense weekend building the Quicksilver mission base, borrowing — and greatly magnifying — the tower aesthetic. I posted about that base, with photos and a tour of the weekend event, a few weeks back.

The included photos and video show this base inside and out, while the latter also briefly shows a few of the other player bases built on the rendezvous moon as well as some ground interactions, including some highly unusual, very small sentinel walkers on the attack. I hope you enjoy, and please portal in for a visit.