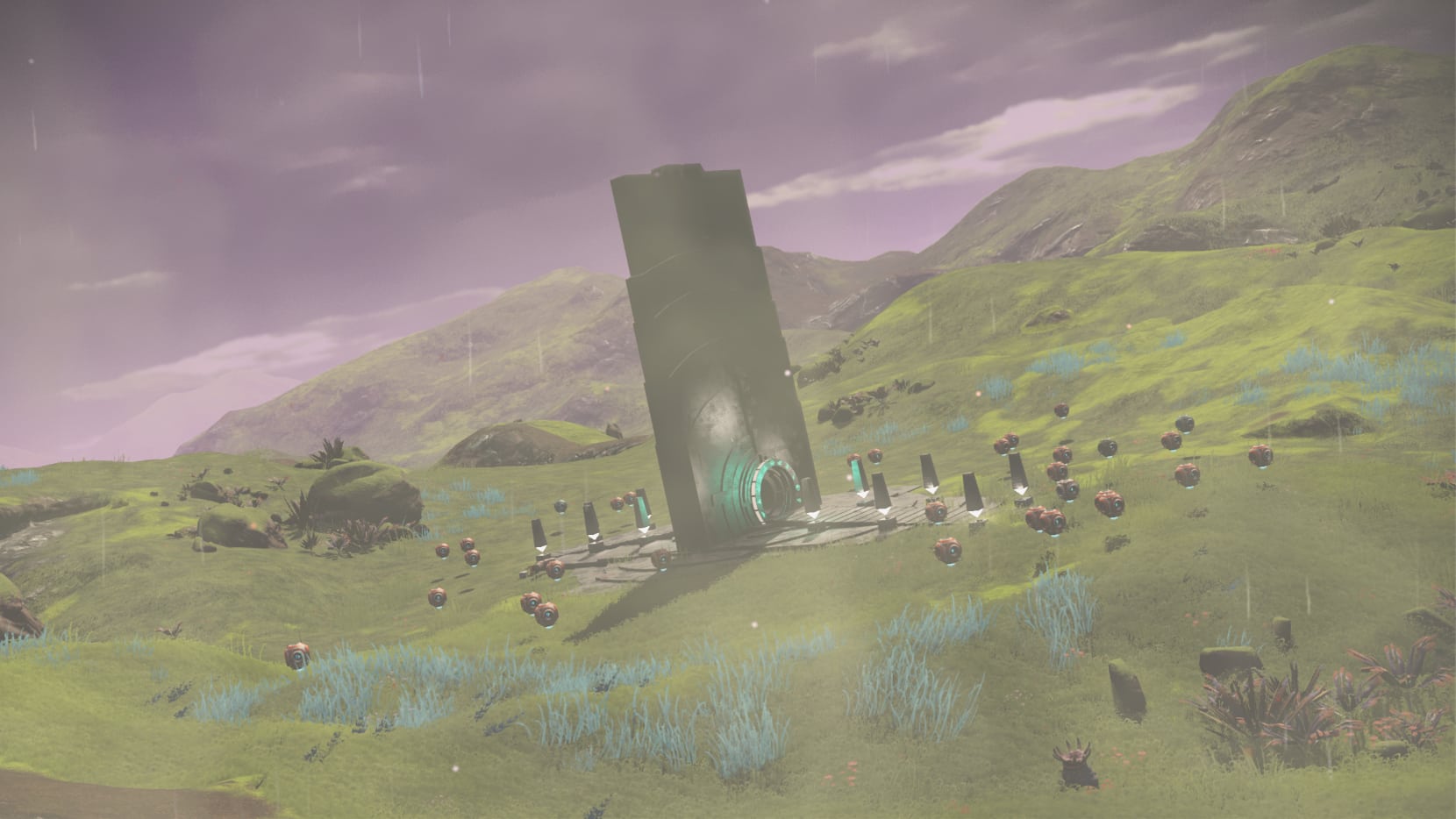 Regular readers will know that I have a fondness for “tiny home” bases, and I have built two such bases on as many planets within the systems of Expedition #1, the first on planet Cogge in the starter system, Loytkara, and the second on the destination planet at the end of the mission, planet Ippen Omega in the system Pepbevis XVII. The time taken by base building in addition to completing the milestones of the Expedition #1 mission saw me spend about 70 hours playing through to completion, which I achieved one week ago. And, enjoyable hours they were; the achievements required to complete the phases of the mission made for solid gameplay, and the opportunity to build bases that would be seen by more than a few players was lovely. Expeditions is a great new way to play No Man’s Sky.

Wanting to share some of my experiences during Expedition #1: The Pioneers, I recorded quite a few video clips and screenshots here and there over the past two months and have assembled them here for those interested. (Many more images of my travels within the game, ranging back to 2016, can be seen in my gallery.) The embedded video first presents glimpses of my progress through the Expedition, encountering many bases and other players along the way (as well as a rather unexpected encounter in space that had a real “open the pod bay doors, Hal” vibe to it…), after which a short walk-through of my own aforementioned bases is shown [ bookmark to 12m 20s in ]. I hope they provide an interesting glimpse of just how busy things have been out there for players that sat this one out, or a look at perhaps a different approach to “getting the gold” for those who were there along with me on this first Expedition.